Activist Spotlight: Accessibility is a health and civil rights issue 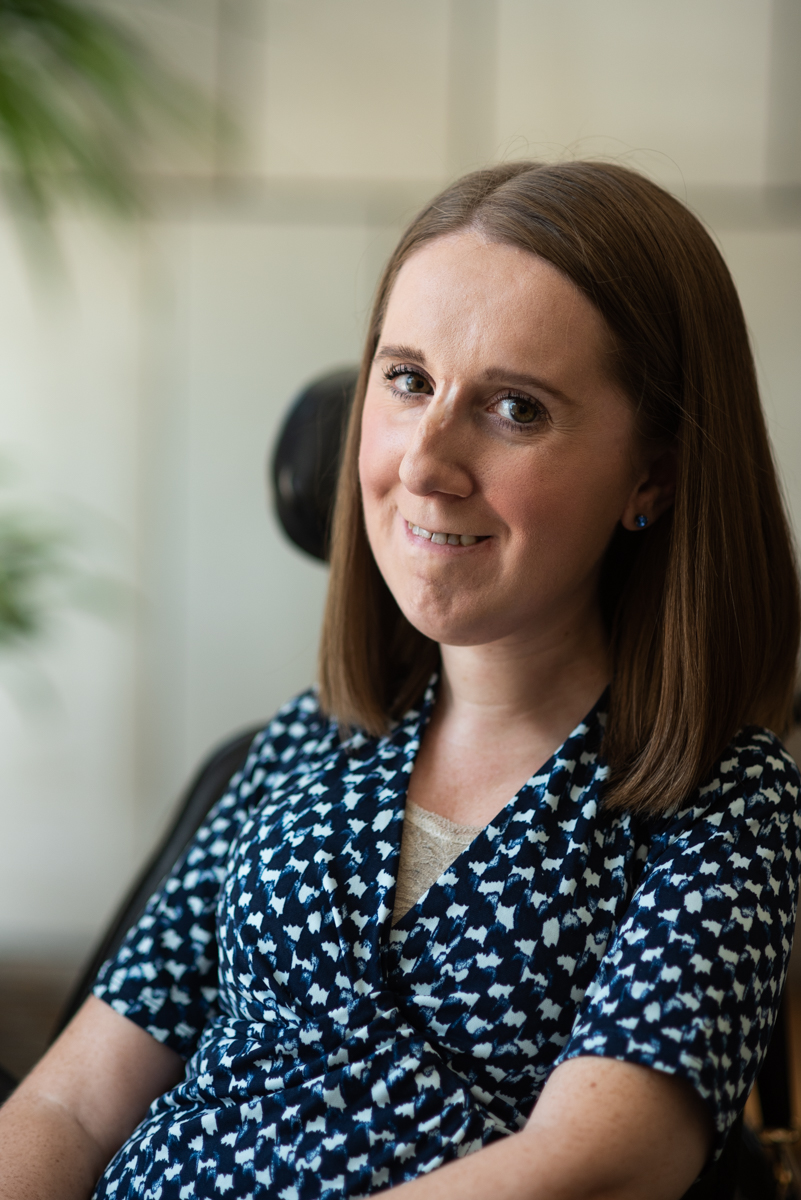 It may surprise you that many locations are still inaccessible for individuals in wheelchairs, but it’s unfortunately true. “Making buildings accessible sounds like such an easy, simple thing. But it’s not,” says local health activist Heather Tomko. “It is expensive and requires work and planning. But when things are inaccessible, you become a lot more isolated. And research has shown that has major health implications.”

Heather is a research assistant and MPH candidate at the University of Pittsburgh’s Graduate School of Public Health and a graduate of the 2017 Jonas Salk Health Activist Fellowship. The Fellowship offers a three-month deep dive into changing practice, policy, and perspectives around a health issue. Since her time in the Salk Fellowship, Heather has focused her activism on making Pittsburgh more accessible and increasing representation of those with physical disabilities on committees making decisions around transportation, policy, and construction. “Often there are people speaking for those of us with physical disabilities, rather than having someone with a disability speaking directly on our behalf,” Heather says.

She cites the bill H.R. 620, the ADA Education and Reform Act, as an example. Some in Congress thought that the proposed bill would strengthen the Americans with Disabilities Act. But a U.S. Senator who is in a wheelchair pointed out that the legislation would actually roll back crucial protections for individuals in wheelchairs. The fate of the bill in the Senate is still not certain, but the key representation by a person in a wheelchair has totally transformed the conversation and is exactly the kind of change for which Heather advocates.

This quest for representation has seen some small—but important—local victories. Heather was invited to join the planning committee for the Thrival Festival in Pittsburgh, and she hosted a successful, fun awareness event for individuals with physical disabilities as part of Pittsburgh’s Inclusive Innovation Week.

Heather was born with Spinal Muscular Atrophy (SMA). Although she has been an advocate for most of her life, it was the confidence, support, and tools that she acquired during the Salk Fellowship that enabled her to take her activism to the next level. Heather was recently named Ms. Wheelchair Pennsylvania U.S.A., in part due to her advocacy platform here in Pittsburgh, and she is excited about how this exposure can advance her work.

“It is important to me that I approach this advocacy work in a friendly way, rather than an adversarial one,” Heather says. “People aren’t often trying to be exclusionary. It is something that many people don’t ever think about, but if I can remind them of the human side of this issue, I believe we can work together to make an accessible future for all.”

You can also keep up with Heather on Twitter @TheHeatherRepor and read her blog at http://www.theheatherreport.com/.

Have a health activist story you want to share? We’d love to hear from you! Email Scotland at huber@jhf.org