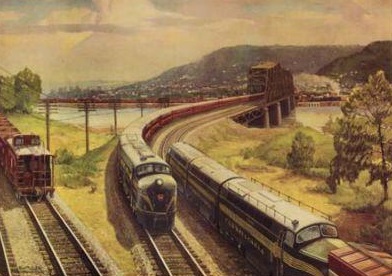 “For us,” Snyder recalls, “they were dinner guests. When homeless individuals stopped by, my grandmother would put on a fresh pot of coffee, offer homemade bread and strawberry jam, and sit and talk with them on our porch. My mom was the same way in terms of showing hospitality—it was imbued in my family.”

Snyder has carried on her family’s commitment to hospitality and social justice. An ordained minister for the past 25 years, Snyder has counseled, consoled, and advocated for community members, from the nation’s capital to counties across Pennsylvania.

In addition to her congregational work, she served as a coordinator for Good Schools PA—a campaign to ensure that all children receive a quality education—and organized a national Sabbath for the Children’s Defense Fund in Washington D.C. Over the past decade, Snyder has served as director of advocacy and consumer engagement for the Consumer Health Coalition (CHC). Serving communities throughout PA, the CHC aligns and empowers consumers to create a more accessible, equitable healthcare system.

“At the CHC, much of our work centers on issues for patients who have disabilities, are coping with mental health challenges, or are otherwise marginalized,” Snyder says. “Our job is to make sure that the voice of the consumer is heard and amplified.”
Snyder has an office at the CHC’s North Side headquarters—just don’t expect to find her there all day long.

“If I’m there a lot, it means I’m not doing my job,” Snyder says. “My job is to be out in the community, connecting with people. In Pittsburgh, we’re so neighborhood-oriented. I love the local breakfast joints. It’s important to go to the areas that are already trust points, and connect with the movers and shakers in the community. You can’t go into a community and announce, ‘Hi, I’m here to save the day.’ You earn trust by showing up consistently, listening to the community’s concerns, and supporting their efforts.”

As a minister, Snyder has counseled parishioners confronting stressful health situations, ranging from managing a chronic illness to making decisions about end-of-life care. She works to stimulate conversation among patients, their loved ones, and medical providers. At the CHC, she has partnered with consumers to advocate for expanded Medicaid coverage and strong home-and-community-based services for seniors and individuals with disabilities. Snyder is especially proud of the first CHC advocacy campaign she worked on, which centered on the closure of Mayview State Hospital, a former psychiatric hospital in Allegheny County.

“We made a push to accurately assess the property at Mayview, sell it at fair-market value, and then take those funds and put them in a mental health savings account,” Snyder says. “Those funds would help people transition from an institutionalized setting into the community, where people live longer and stronger.”

The first community hearing on the Mayview closure was a gathering of the “power-elites,” Snyder recalls. State senators and representatives, township and county supervisors, and school district superintendents packed the room.

“And then we come in, 80 to 100 people strong, and they were floored,” Snyder says. “And we kept showing up. We met with legislators, launched a postcard campaign, and printed T-shirts—with black and gold lettering—of a Martin Luther King Jr. quote: ‘The time is always right to do what’s right.’ We wrote letters to the editor and talked to a variety of groups, from faith-based organizations to businesses to consumers. Amid all this raw power at the meetings, we had people with the courage to stand up and say, ‘I lived at Mayview. I live with serious mental illness.’ Their friends, family members, and other people in the community showed up. When you build that kind of support and empathy, it’s a beautiful thing.”

When Snyder hits the streets, she often asks consumers: who helps you live well? Family members, faith leaders, bus drivers, and grocers tend to tank above a more traditional answer.

Currently, Snyder and the CHC are working to protect and strengthen consumers’ health coverage amid the national healthcare reform debate. No matter the issue, Snyder encourages burgeoning health activists to hit the streets, too.

“Get out and know the people you’re serving,” she says. “Respect them, listen to their stories, and leave all of your assumptions behind. Be creative with your activism, and be the trust point with legislators—we’re out in the field and know more than the guy who might just be handed a policy briefing. With activism, you also need resilience. It’s a long haul. Stick with it, like a dog on a bone.”